Chris Harrison
UX Designer at ME Bank
Made with

Everyone wants to be a game developer...

...and of course by 'everyone', I mean 'most 20-something video game obsessed boys' - and I was no exception.

Sometimes you can't find that perfect game you want to play, and in 2015 I just couldn't scratch my itch for a mass-scale warcraft themed 4X game. I think everyone's felt that way at some point in their life, right? No?

Civilizations of Warcraft was a modification to the popular game Civilization V. My goal was to bring the races, heroes, and setting of the Warcraft franchise into the game.

Initially just something to keep me busy on weekends, Civilizations of Warcraft become a massive project involving hundreds of 2D and 3D models, as well as thousands of lines of code and copy.

At the peak of the project, I was collaborating with creatives in the United States, Australia, and Israel. We made something really, really cool. I hope you enjoy the journey.

For the first iteration of the logo, I went back to the box art of the first Warcraft game. It used deep browns with blue highlights, so I replicated that aesthetic.

I know. Such a cool guy.

The following icons replicated other classic Warcraft products, such as Wrath of the Lich King. 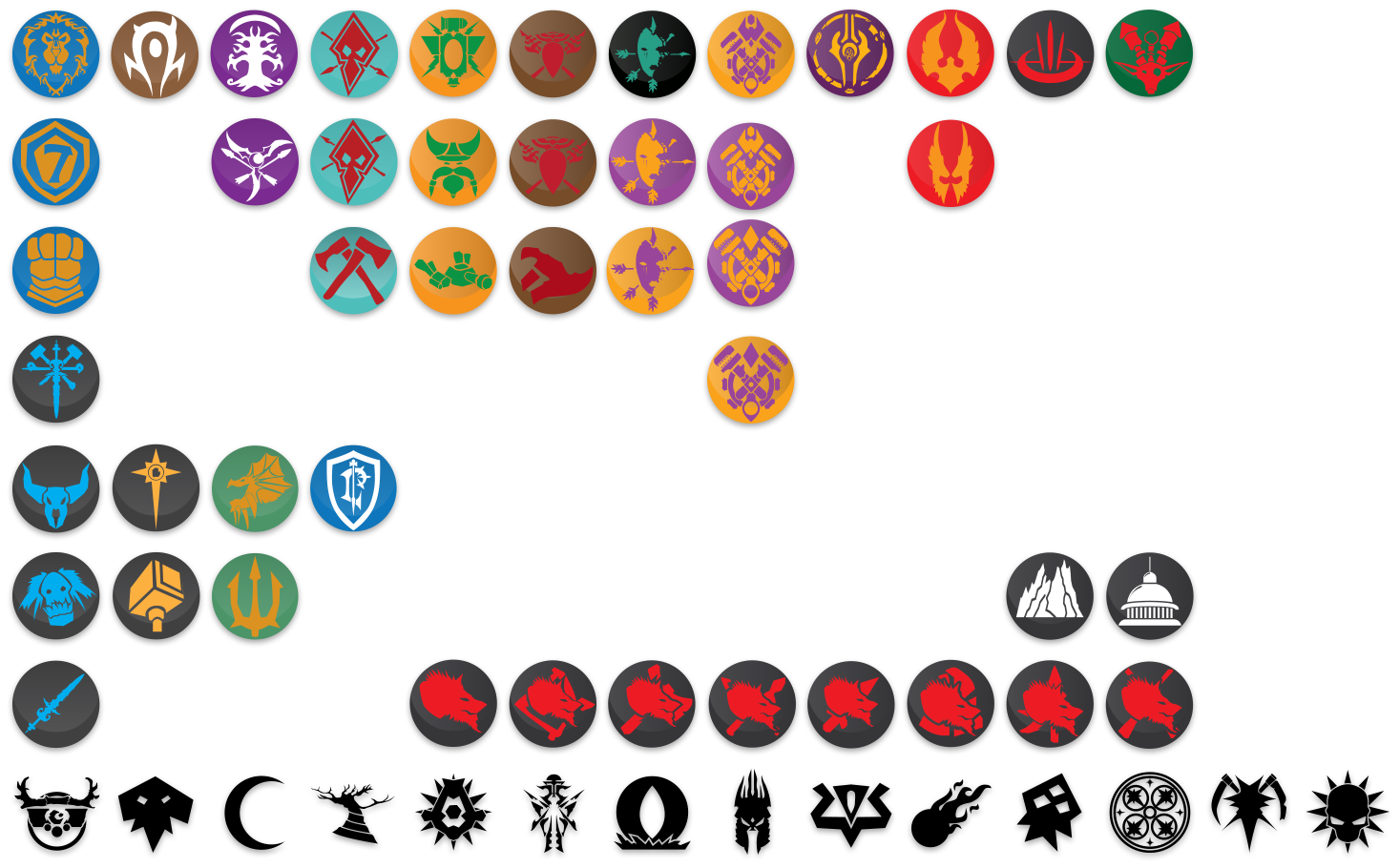 An icon for every occasion.

Every faction and unique unit required a simple glyph to represent it that had to be readable at small sized. 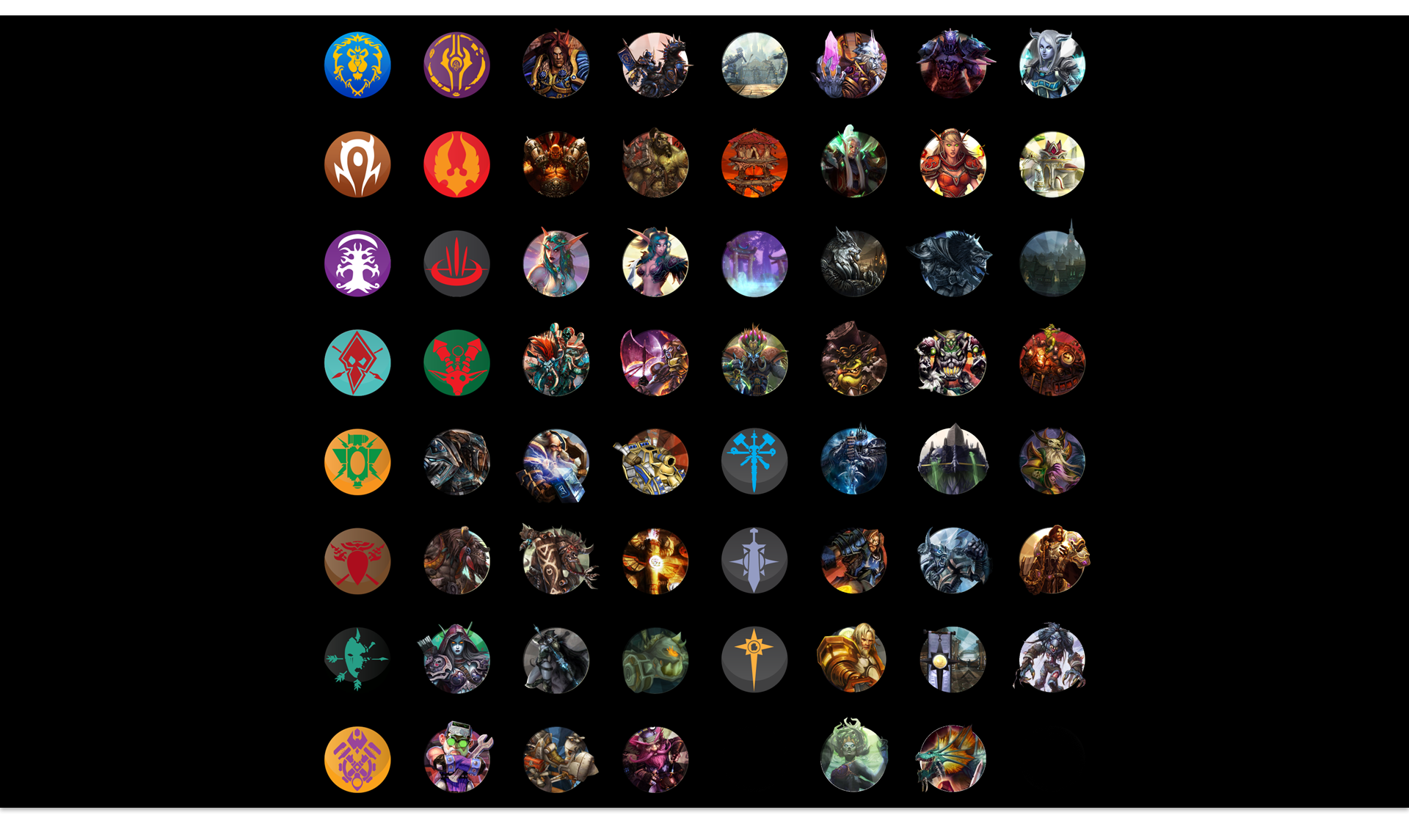 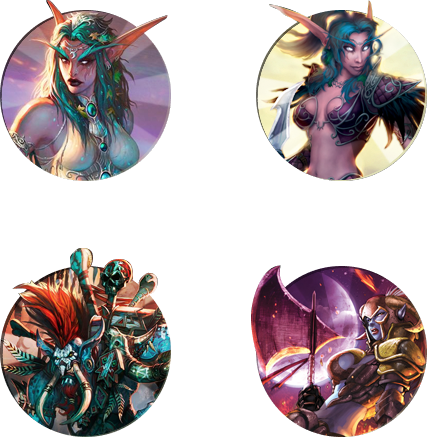 A franchise as old as Warcraft has accumulated thousands of pieces of artwork in various forms, and I leveraged this official art with some of the unit and building artwork.

These icons looked fantastic, and also fit the aesthetic of both Warcraft and Civilization V.

Rewrite this text & update the background 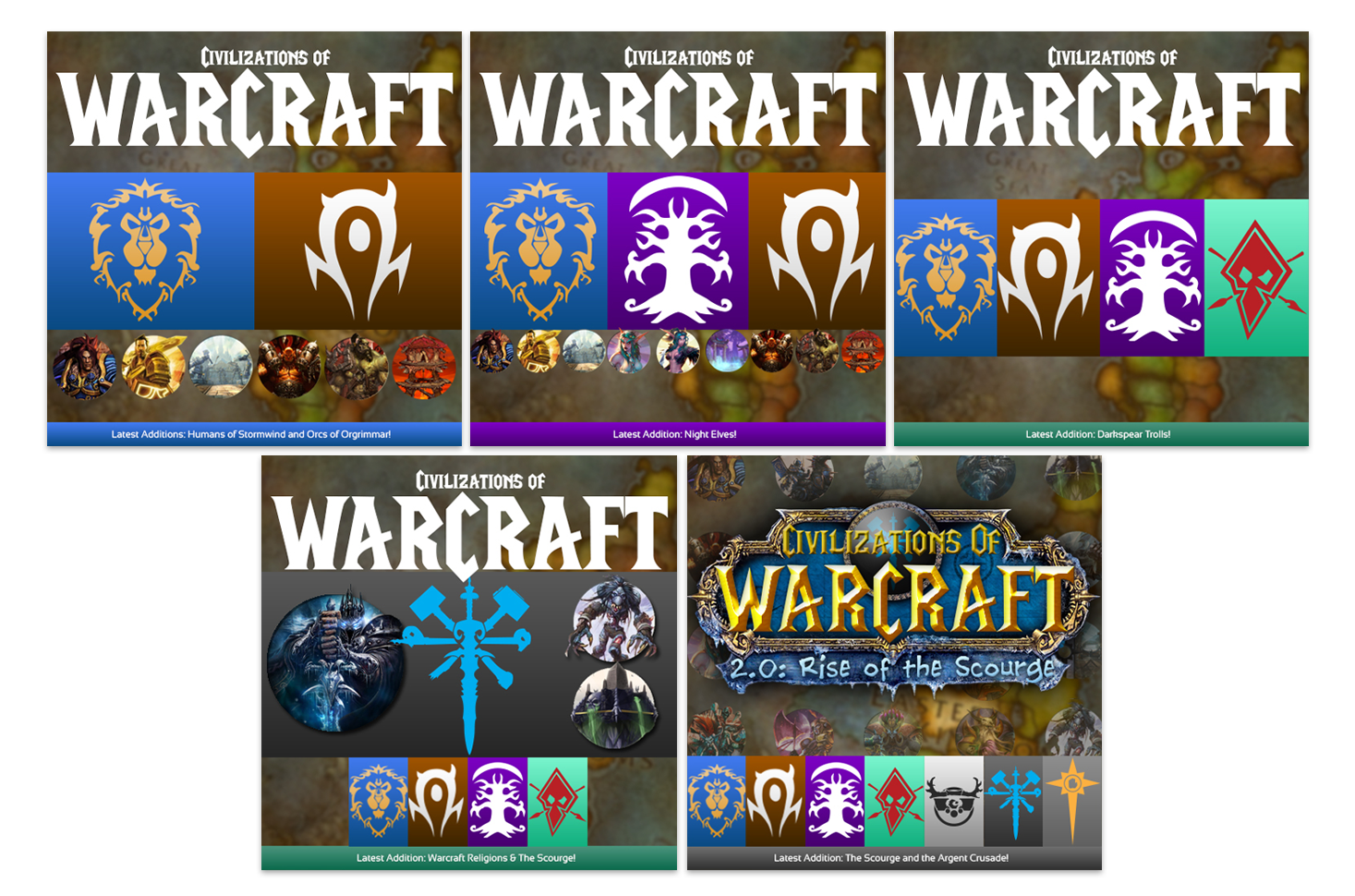 The mod had a release each fortnight, so it was important to let players know when new content was available.

The easiest way to flag this in Steam (The distribution platform) was to update the mod's icon. Each icon update included some basic information of what was included.

Keeping the family together

The mod was distributed both as a single package, and also as a series of bespoke, modular downloads.

As the Steam library has hundreds of mods, each of the Civilizations of Warcraft modules kept to a strict style guide that showcased the features of the module while maintaining a consistent look and feel. 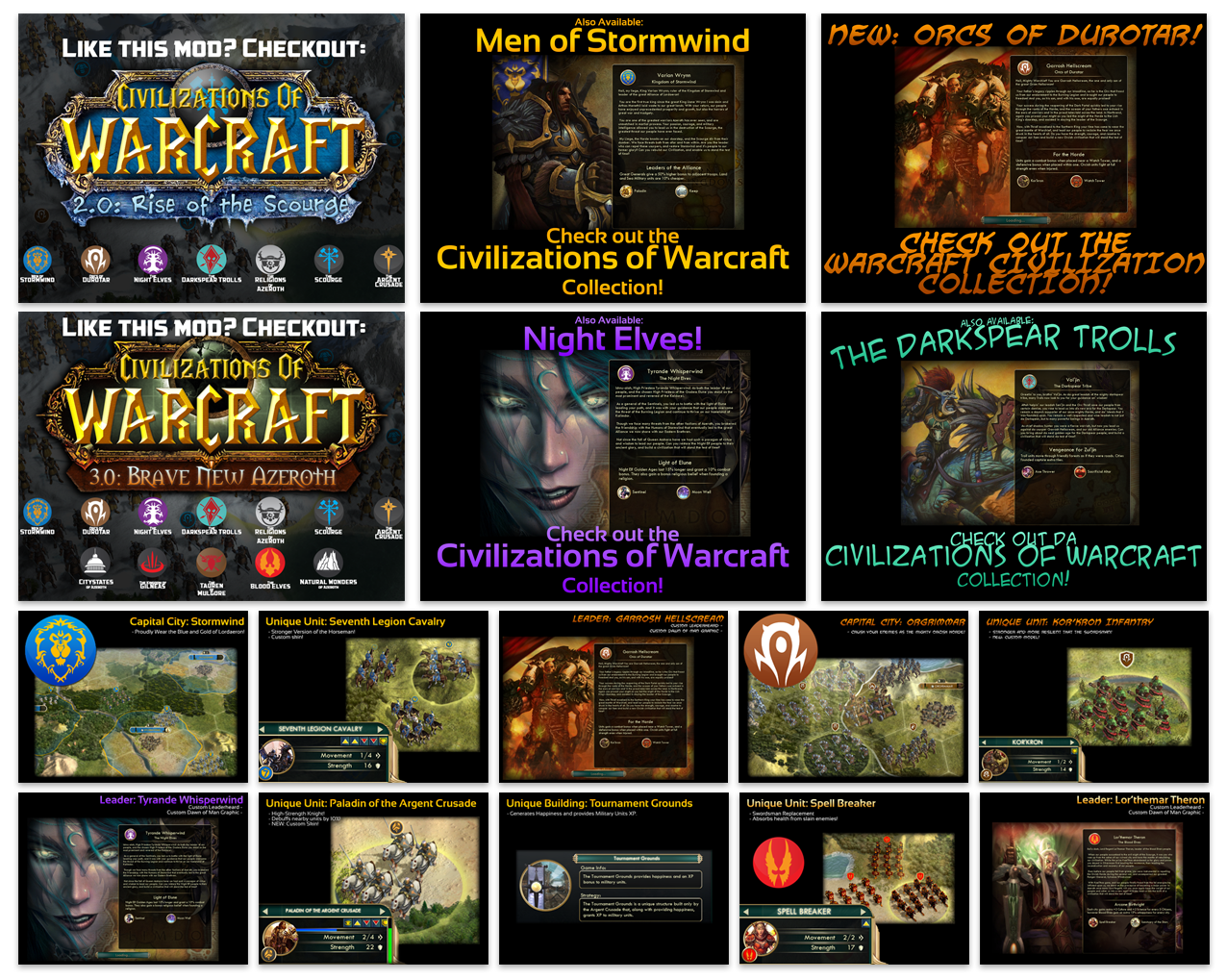 It's all about marketing

The only opportunity for large, high detail images was on Steam's product pages themselves. I used this opportunity to really drive home the benefit of downloading multiple modules, and to show off the features of that specific module.

Lions, and Tigers, and Orcs. Oh my! 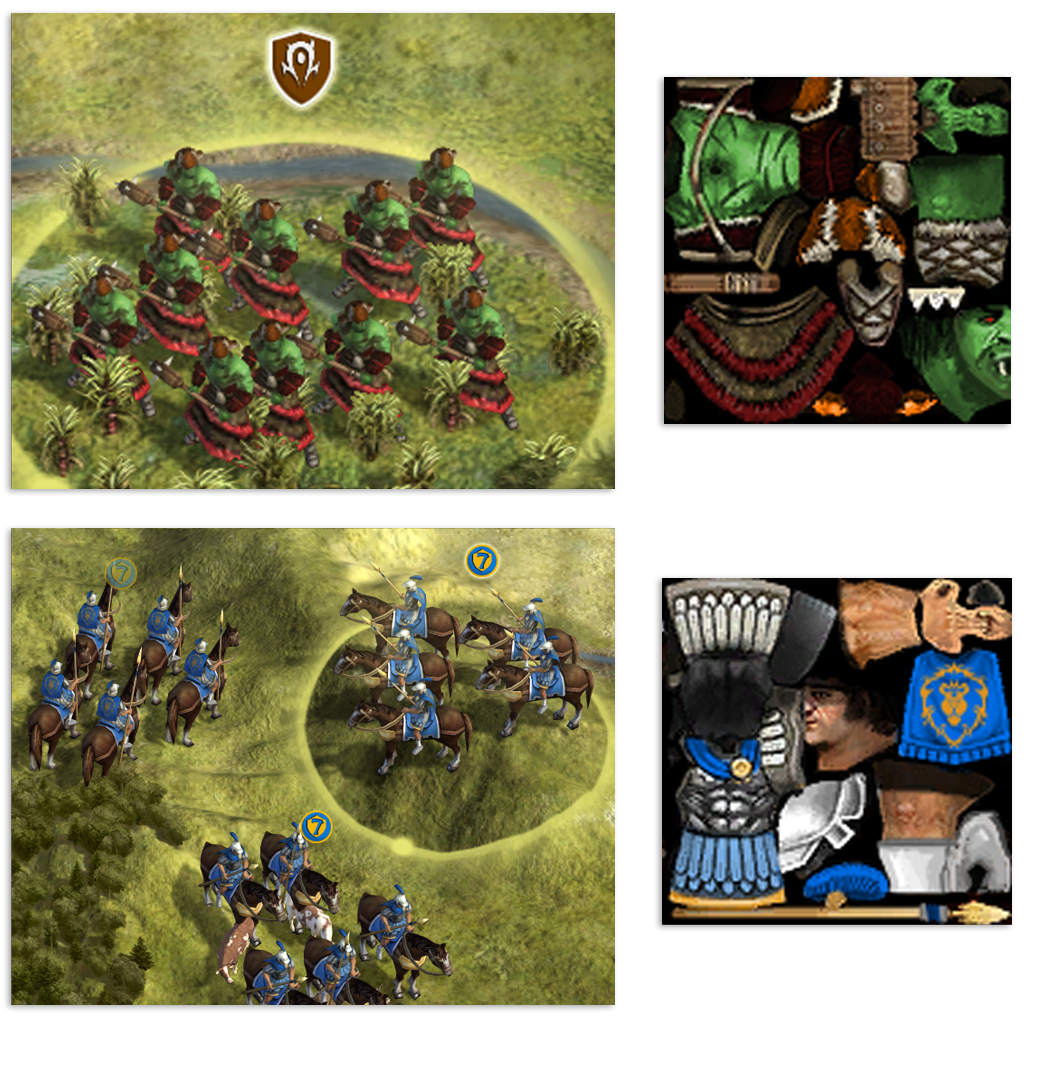 I really wanted to push the boundaries of what could be done in the Civilization V engine for two reasons:

Not only was this a unique selling point for the mod, but it also really helped sell the Warcraft theme.

Taking over the world.
Of Warcraft. 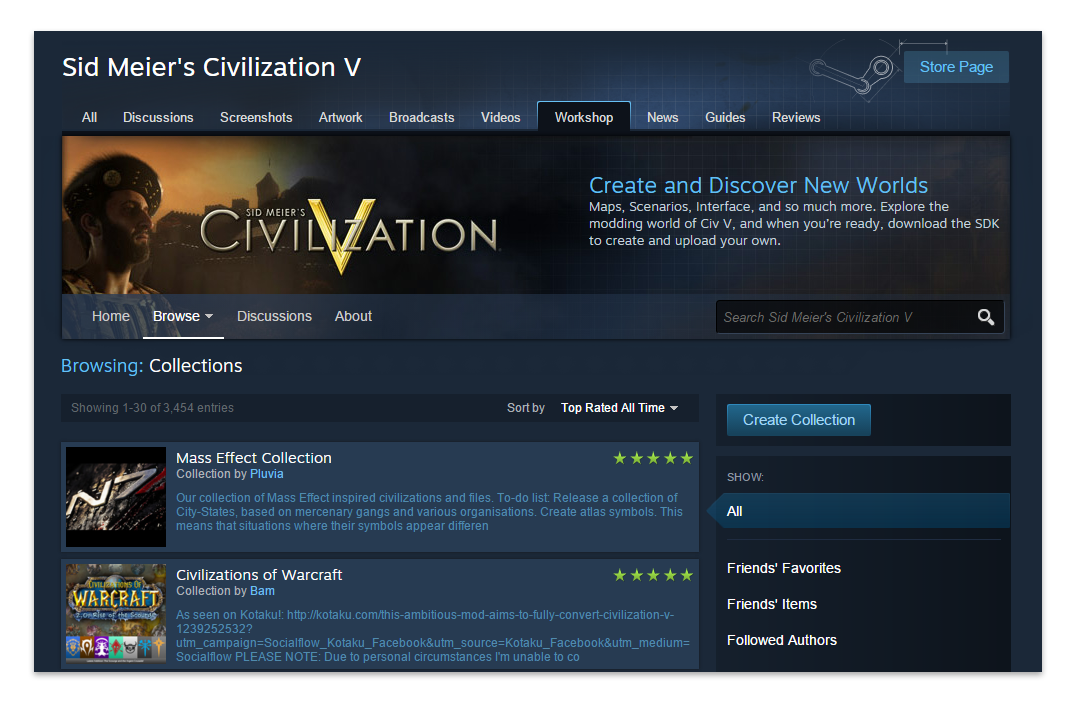 Winning isn't everything. I guess.

Within a month, Civilizations of Warcraft had gained over 5,000 downloads.

Today, it's the 2nd highest rated Civilization V mod of all time, with over 60,000 unique downloads.

341
Unique 2D assets
18
Downloadable Modules
2nd
Most popular mod. Ever.
"I endorse this product and or event."
Random Kotaku comment 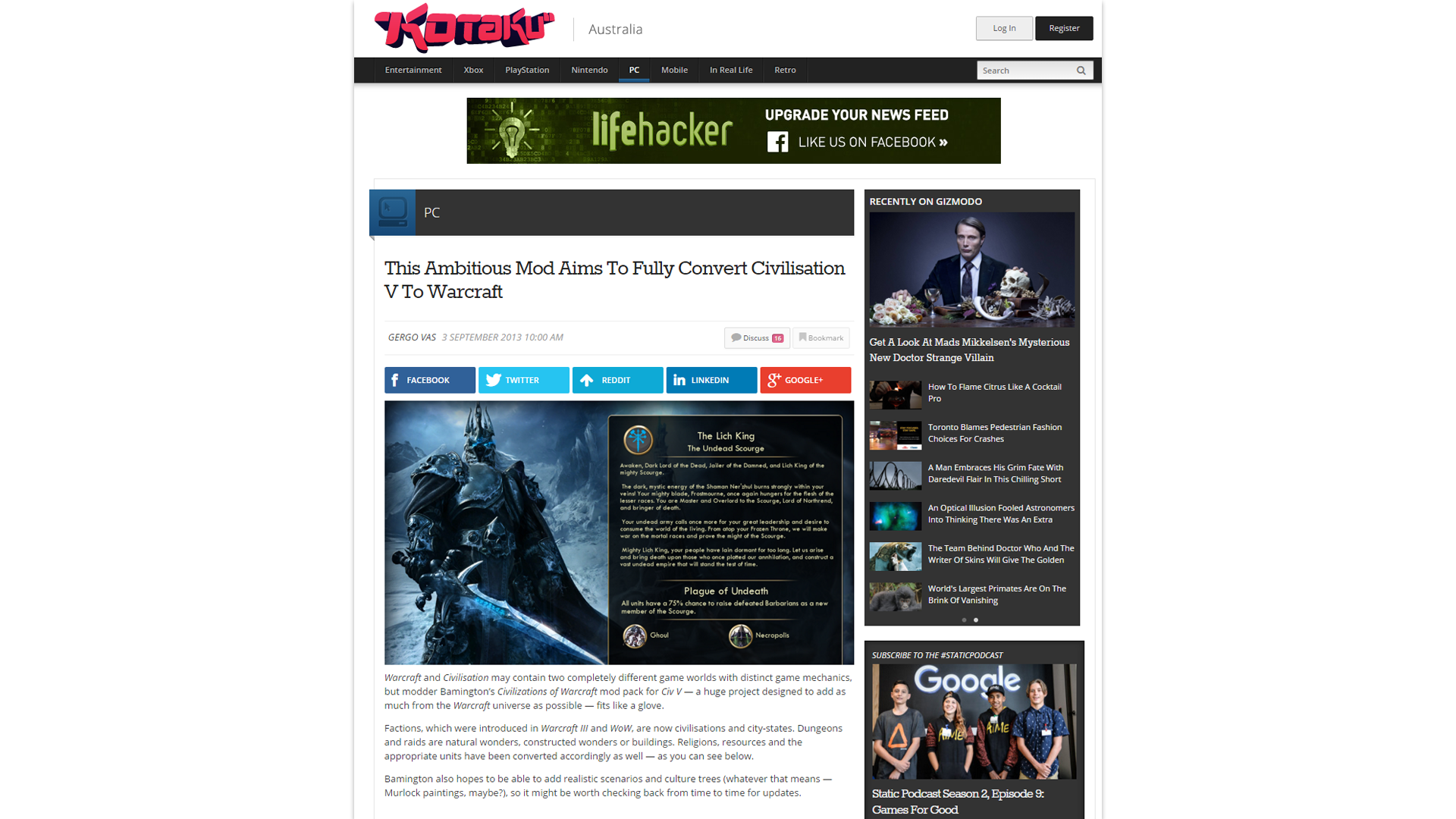 Civilizations of Warcraft gained a strong media following, with the mod being featured on Kotaku, PC Gamer, The Instance, and Endgadget.

After six months of development, and getting a new job, I decided to call it quits on Civilizations of Warcraft. I'd learned a ton about programming and asset creation, as well as general game development skills.

Thankfully, the franchise hasn't slowed down, and it's not hard at all to get your Warcraft fix - with or without Civilizations of Warcraft.

One small note: The Warcraft franchise, and much of the artwork featured in this mod, is copyright Blizzard Entertainment. That artwork was used, and this mod was made, with their (very unofficial) blessing.